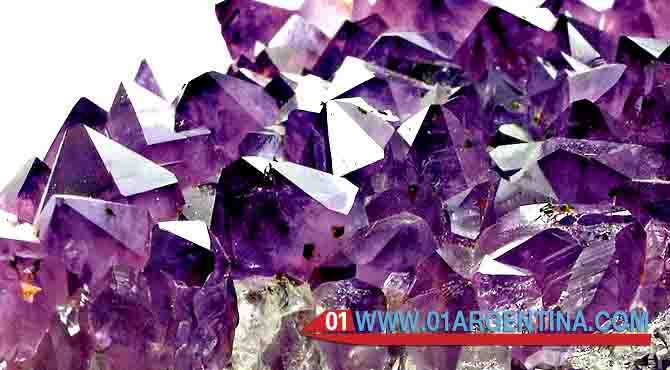 Woods, amethysts and quartz shine the Wanda Caves in Misiones. Semiprecious stones of infinity of colors have taken to the Wanda locality to world recognition by its incomparable beauty.
Wanda mines and San Ignacio ruins are ideal destination for traveling with the family, especially for the kids who can take a movie memory and why not know the legends and stories that surround this place.
The curious thing about this destination is that the shiny stones are displayed both inside and outside the entire mine and travelers can see the different types of quartz: smoked, crystals and agates. In the entrance mouth of the cave, a workshop was arranged where all kinds of handicrafts made with this material can be bought.
Each one chooses his favorite, but we must be attentive, because the color of each stone reflects a different meaning. Most choose white quartz, to have positive energy or green jade, which ensures eternal love and fortune. Now, I chose your favorite.
Did you know…
These caves were formed more than 120 million years ago with the separation of the continents, which generated high underground temperatures that melted the minerals, provoking their encapsulation according to the level of oxygen that entered when the earth broke?

Cultural Heritage of Humanity, the Guaraní Jesuit Missions witness the encounter between the Hispanic and Guarani cultures.
In the province of Misiones, 11 of the 15 towns founded by the Jesuits in present-day Argentine territory between 1609 and 1818 were established. This has been an unprecedented experience in the region, reflecting the particular relationship between the Hispanic and Guarani cultures.
Currently it is possible to visit four reductions: San Ignacio Miní, Nuestra Senora de Loreto, Santa María La Mayor and Santa Ana. The first two were founded in 1610, while the other two were founded in 1626 and 1633 respectively. The Guaraní Jesuit Missions, declared a World Heritage Site by UNESCO in 1984, are located a few kilometers from the city of Posadas and are visited on full day excursions. Those who arrive to the Iguazú Falls and wish to visit the reductions from Puerto Iguazú have a trip of 240 km to the destination. Here, the ocher of the walls highlights even more the greens of the jungle. The crosses rise above the vegetation and the place breathes a particular spiritual atmosphere. In the silence of the environment it is possible to imagine the life of those who inhabited the site hundreds of years ago and interpret part of the history of the region.

Meals with Guarani influences, based on fresh river fish and the most exotic – and tasty – fruits.

Nature chose the Litoral region to show itself completely. The freshness of the water of the rivers, the green fields, the red earth, the flora and fauna in perfect harmony are the framework of a melting pot of cultures. The flavors are coupled with this scenario and show the cultural richness of the area.
In the morning, mate is a ritual. Accompanied by some local herbs or orange peels, this infusion is a symbol of the country and a reason for family and friends. The round begins. All drink the same mate, while they taste a tasty chipá. The essence is in sharing.
Towards the north of the Coastal region is clear the influence of the Guaraní culture in the gastronomy of the zone. The typical dishes of the place are made with fresh raw materials and season. Typical dishes based on cassava (boiled, fried and roasted), in the flour produced from it – chipa, mbeyú, caburé, reviro – and in the corn: pororó, yopará, chipa guazú. Also the fish of river form part of the littoral table. The most delicious are the vogue, the surubí, the pacú, the tarpon, the catfish and other fish of culture like the tilapia and the African catfish. Garnishes often vary between fresh vegetables, manioc and seasonal products. For the elaboration of desserts the fruits of the place are used delicately, typical of tropical areas: papaya, orange, mandarin, pineapple, avocado, mango, guava and mburucuyá. The originality of the chefs is evident in these desserts that highlight the flavor and texture of the fruits. Irresistible here are the curious wooden sweets, cassava flour alfajores and the frozen ice cream of mburucuyá and yerba mate.